And now poor Corianton, the black sheep of the family, has to sit through three chapters of sanctimonious fatherly philippics.


Alma:  Father of the Year
Alma the Younger starts things off with a slap in the face:


And now, my son, I have somewhat more to say unto thee than what I said unto thy brother; for behold, have ye not observed the steadiness of thy brother, his faithfulness, and his diligence in keeping the commandments of God?  Behold, has he not set a good example for thee?

While it's totally reasonable for a parent to wish one of their children had some of the better qualities of another child, it's not at all reasonable to open a heart-to-heart talk with that sentiment.  Alma basically begins with, "I noticed you're not as awesome as your brother.  Why can't you be more like him?"  Corianton probably tuned out right away and I don't blame him for it at all.


Get Your Priorities Straight
In keeping with his tactless approach to the conversation, the current prophet starts to list his son's sins:  he doesn't listen to dear old dad, he seems to be a little stuck up, he has no interest in being a missionary and, worst of all, he seems to have some kind of libido.  That honestly sounds a lot like me (but luckily my dad has never given me a speech about how I should be more like my sisters).  And then Alma lays this one on him:


Know ye not, my son, that these things [sexual sins] are an abomination in the sight of the Lord; yea, most abominable above all sins save it be the shedding of innocent blood or denying the Holy Ghost?

Yes.  Having sex is almost as bad as murder.  But luckily those are both second fiddle in comparison to the dreaded denial of the Holy Ghost.  Now, in Alma's defense, it sounds like Corianton is just a teenager being a little too wild and irresponsible in his teenagerdom.  Maybe Alma's just trying to scare him a bit so he calms down.  Unfortunately, that is not the popular interpretation of this verse.  According to Mormonism, because of my intimate though dedicated cohabitating partnership with my girlfriend, I am committing the third worst sin that I can possibly commit.  That is, frankly, absurd.

I also kind of resent the way Mormonism sets these sins up in a simplistic order of severity.  Assuming that consensual sex between two people is inherently wrong, it still shouldn't be written in on line three in permanent marker.  Life (as well as the human capacity for evil) is a lot more complex than that.  Stealing seems to fall way below sexual sin on the leaderboards, but are you really going to tell me that Bernie Madoff's thievery still isn't as bad as a healthy and voluntary sexual relationship between two unmarried adults?

It's not all black and white.  Mormon doctrine doesn't seem to grasp that very often.


Do As I Say, Not As I Do
It also seems pretty hypocritical of Alma to lecture his son about doing something almost as bad as murder, considering just 38 chapters ago, Alma was practically bubbling over with exuberance to kill Nehor.  Sure, Nehor was a murderer, and sure, Alma was the ranking government official at the time, but still...he hardly gave the guy a fair trial. 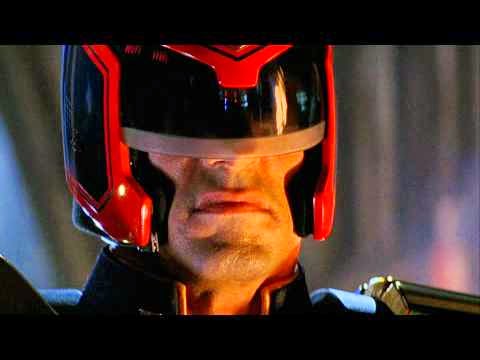 Alma also points out that it's only horrible to kill if the blood is innocent and it's perpetrated "against the light and knowledge of God," whatever that means.  And a very easy argument can be made that, since he was just doing his job as a chief judge and upholding the law established by Mosiah and supported by the people, it's not murder, it's simply one-hundred-percent-kosher capital punishment.  Which is fair.  But when you read Alma's explanation of the need for Nehor's death, it sounds more like one more little part of the Book of Mormon's hard-on for modern American democracy than a doctrinal teaching from God himself.

Anyway.  I have a problem with the death penalty, so this bothers me (although I understand why it doesn't bother others).  And I definitely have a problem with the hypocrisy of a prophet of the Lord with so much blood on his hands (did I forget to mention his mad combat skills?) sitting down to lecture his son about the grievousness of something so comparatively trivial as his sexual exploits.


It's So Easy!
Apparently Corianton finds daddy's claim of a future messiah a little dubious.  Alma tries to explain.


And now I will ease your mind somewhat on this subject.  Behold, you marvel why these things should be known so long beforehand.  Behold, I say unto you, is not a soul at this time as precious unto God as a soul will be at the time of his coming?

Is it not as necessary that the plan of redemption should be made known unto this people as well as unto their children?

Is it not as easy at this time for the Lord to send his angel to declare these glad tidings unto us as unto our children, or as after the time of his coming?

That's an excellent point.  The worth of souls is great in the sight of God, right?  So clearly he'd want to promulgate his plan of happiness as widely as he can across all periods of time so that as many people as possible can have the opportunity to take advantage of it.  That makes perfect sense.

Oh, except every single person who lived between the years of 33 and 1830.  Screw all of them.  Those jerks don't deserve to learn this stuff.