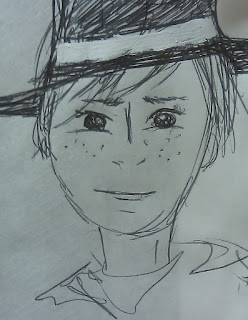 I started this blog about three years after I stopped attending church.  I wanted a way to keep track of all the things about the church and its doctrine that I found to be untrue, discovered to be contradictory, or just grew to dislike.  I realized that when people would ask me why I wasn't a Mormon anymore, I'd fumble for an answer and usually fall back on "it's a really long story."

I had my reasons, and my reasons are indeed a long story.  But I have so many jumbled criticisms of the church bouncing around in my brain that I felt that in order to give someone a few brief reasons for leaving I might need to organize my thoughts a little better.  I considered writing them all down but I kept finding more things to write about.  So I figured I'd keep track of them in a blog format for as long as I kept having them.

I originally named this "Challenging Mormonism," which, admittedly, was pretty bland.  So I later opted for Against the Greater Light.  Not only does this have a more dramatic flair to it, but it evokes a kind of weird dichotomy between faithful Mormons and ex-Mormons.  I lifted the phrase from Doctrine and Covenants section 82, which states that "he who sins against the greater light shall receive the greater condemnation."  The problem here is...who has the greater light?

The phrase "against the greater light" refers both to how my Mormon family and friends consider my current lifestyle and to the direction I consider my previous lifestyle to have been heading.  I was burrowing further and further into the bleak abyss of Mormonism.  When I finally left the church, I considered myself to have actually turned toward the light, even though my family considers me to have turned away from it.  Both Mormons and ex-Mormons think they know what the Greater Light is, but their definitions of it are almost exact opposites.

This blog (and the surrounding community of ex-Mormon blogs) has become a rewarding way of coping with the fallout from leaving the church, as well as a way to reassure myself that this most difficult decision was actually right.

So, please, poke around.  Browse.  Stay as long as you like.  See how much of our stories line up.  See how much evidence there is to dissolve the church's credibility.  Discussion, whether you agree or disagree with what I have to say, is always welcome.