Mormon 8: No Man is an Island, Except Moroni

Moroni takes over the writing duties from his now-deceased father to share a tale of woe and loneliness with his intended audience centuries hence.


Great Drama is Not Great Truth
Moroni shares the last few details of the Nephite downfall that his father didn't live to outline.  After their army was destroyed in battle, the Nephites were exterminated by the Lamanites.  Every single one of the Nephites was killed except for Moroni.  Then the barbaric Lamanites turned their bloodlust inward and began warring among themselves.  Even the semi-immortal Three Nephites were commanded by God himself to leave the country and disappear into the mysterious annals of folklore.

This is actually some pretty riveting stuff.  Imagine Moroni, a mighty man of God and an accomplished warrior, hiding out in some cave with the faint sounds of Lamanite-on-Lamanite combat in the background, tearfully writing the apocalyptic tale of his beloved people.  He's basically Will Smith, plus or minus the dog and the underground laboratory. 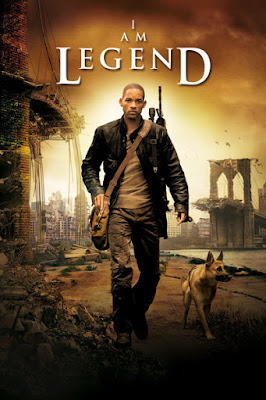 But even though it's a terrific, heartbreaking story, this gives the Book of Mormon the ring of fiction more than the ring of truth.  Real life doesn't generally work this way.

This is a clean ending to the saga of the Nephites.  Only one person remains, and he remains to impart the uncomplicated moral implications of the story directly to the reader.  There are no loose ends and the hortatory objective of events is blatantly evident.

But reality rarely gives us clean endings and clear moral implications.  There are almost always loose ends.  The world is fraught with complications and moral gray areas and even the most satisfying conclusion to any sequence of events can be interpreted differently by different observers.  The moral of the story is too often ambiguous and too often lost on the spectators and the participants alike.

Moroni's story may be dramatic.  But drama does not equal reality.  This is why people don't actually say things like, "We meet again, for the last time."


The Most Correct Book
Joseph Smith is semi-famously quoted as saying that the Book of Mormon is "the most correct of any book on earth."  But let's see what the book itself has to say on the subject (verse 12):


And whoso receiveth this record, and shall not condemn it because of the imperfections which are in it, the same shall know of greater things than these.

Even the guy who allegedly wrote the physical words himself seems to think that there are some flaws in the text.  But wait, there's more (verse 17):


And if there be faults they be the faults of a man. But behold, we know no fault; nevertheless God knoweth all things; therefore, he that condemneth, let him be aware lest he shall be in danger of hell fire.

Ahhh, yes.  So the Book of Mormon is perfect, but its authors aren't.  That sounds strangely familiar.

It's also a little weird to me that an admission of possible imperfection is followed up so quickly by a reminder that the stakes of focusing on said imperfections are eternal in nature.  Sounds a little defensive to me.  And honestly, it sounds modern to me too.  Joseph Smith might believably be worried that his book would be ridiculed for some of its faults.  But it doesn't seem like the kind of thing Moroni would be concerned about while he was mourning the destruction of his people and pleading with future generations not to make the same mistakes.

Would Moroni warn us of pride, disobedience, and iniquity?  Sure, that makes sense.  But warning us about being too nitpicky over grammar, syntax, and other purportedly man-made defects in the text?


And I am the same who hideth up this record unto the Lord; the plates thereof are of no worth, because of the commandment of the Lord. For he truly saith that no one shall have them to get gain; but the record thereof is of great worth; and whoso shall bring it to light, him will the Lord bless.

I suppose the intent of this scripture is to clarify that the doctrines written on these plates are the true treasures.  And perhaps to point out that God isn't going to let anyone sell them.  But that's not even close to the same thing as the plates having no worth.

I mean, if God wanted to make sure this ancient record had no monetary value, why would he have instructed his prophets to fashion them out of precious metals?


Indulging in Double Standard
Moroni claims that he has been shown a vision of the modern age and he makes some gloomy predictions about today's society.  Verse 32 is my favorite:


Yea, it shall come in a day when there shall be churches built up that shall say: Come unto me, and for your money you shall be forgiven of your sins.

Are you kidding me, Moroni?  Let's just tweak this verse ever so slightly and see if it sounds familiar:


Yea, it shall come in a day when there shall be churches built up that shall say: Come unto me, and for your money you shall have access to saving ordinances.

How is that any better?  Sure, today's LDS church doesn't offer forgiveness for sins in exchange for a fee, but it does demand a pretty hefty (and pretty unevenly applied) tax in order to enter the temple, where all the most important stuff takes place that's required to achieve the highest degree of glory in the afterlife.  Let me answer my own question here—that's not any better at all.  It's arguably worse.

Verse 37 also seems to speak to the present-day church:


For behold, ye do love money, and your substance, and your fine apparel, and the adorning of your churches, more than ye love the poor and the needy, the sick and the afflicted.

With the billions of dollars in tithing receipts the church is raking in, how much more money could they put toward alleviating homelessness and starvation and suffering if they weren't building malls, furthering their business interests, and adorning their needlessly elaborate temples?

And yet, these condemnations come from the same religion's foundational book of scripture.
Posted by Alex at 5:24 PM