Jesus, being awesome, realizes that he's speaking truths beyond the comprehension of his poor audience.  He advises them to pray about it, sleep on it, and return in the morning for further edification.


Occasional Mercy
Apparently moved by the people's desire for him to stay a little longer, Jesus makes this statement in verse 7:

I mean, that's cool and all.  I like that Jesus heals the sick and afflicted. But it's weird that this is kind of a humanizing moment for him—he was busy being all godly and then the puppy-dog eyes of the Nephites stirred him to compassion.  But he's not a human.  Compassion shouldn't be a transient state for him, it should be a permanent aspect of his character.   No amount of adoration from his followers should have elicited any extra measure of mercy from him because he should have already been optimally merciful.

This scene also illustrates a frustrating paradox of the godhead's behavior.  Why does he decide to be merciful to these people and heal their sicknesses, but plenty of his other devout followers die of awful afflictions on a regular basis?  How is Jesus a personification of the same cosmic governance that deemed it necessary to permit the mass burning of the faithful converts of Ammonihah?

In the following verse, Jesus explains that these Nephites' faith is of an adequate magnitude to permit them to be healed, which kind of adds insult to injury for every pious person who's been forced to suffer any serious ailment.

God likes to claim that he's a god of mercy, but his son's actions as a resurrected being serve to highlight that mercy is not one of his most enduring priorities.


Trust Me, it was Great
During this chapter, Jesus prays publicly to his Father in Heaven.  But we have no idea what he said (verses 16-17):


The eye hath never seen, neither hath the ear heard, before, so great and marvelous things as we saw and heard Jesus speak unto the Father;

And no tongue can speak, neither can there be written by any man, neither can the hearts of men conceive so great and marvelous things as we both saw and heard Jesus speak; and no one can conceive of the joy which filled our souls at the time we heard him pray for us unto the Father.

These are empty hyperboles designed to make the content of the prayer sound wonderful without forcing the author to actually come up with something wonderful.  This is the kind of writing that finds its most comfortable home in fantastical fiction.
What doctrinal truths does this story relate, other than the already well-established scriptural claim that Jesus is awesome?  What's the purpose of mentioning this at all if the magnificent specifics are going to be completely glossed over?  I mean, if Jesus's prayer was so powerful that his audience was filled with such prodigious joy, isn't that exactly the kind of thing the scriptures should preserve for our benefit?

And also, if "tongue cannot speak, neither can there be written by any man...so great and marvelous things as we both saw and heard Jesus speak," I think it's fair to ask what language did Jesus speak these things in and what words did he use.  Because clearly the words exist, otherwise how could Jesus have spoken them?  The description of the Savior's prayer doesn't even make logical sense, but it definitely sounds cool—which I suppose was probably its primary purpose.


Redundant Ministry
At the close of this chapter, Jesus speaks the epic line, "Behold your little ones" and the Nephites look on in awe as this happens (verse 24):

Again, this definitely sounds cool.  But what exactly were the angels doing when they were ministering unto the children?  Jesus had just healed every single sick person in the whole multitude.  And not three verses earlier, he'd just blessed and prayed for each child, individually.  What possible physical or spiritual needs could these kids have still had that a mere angel could have provided?

I mean, how would you react if someone ceremoniously (and pyrotechnically) presented you with your kindergarten diploma after you just finished framing your doctorate? 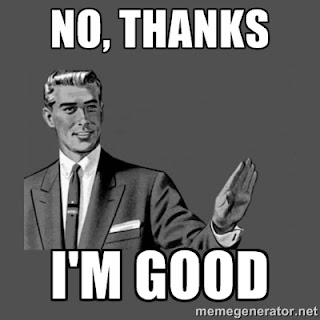