Notes on General Conference, Part I

Saturday's General Conference sessions have concluded, and with a little more excitement than usual.  The Any Opposed movement audibly voiced their opposition to the sustaining of church leaders during the broadcast of the afternoon session, much to Uchtdorf's discomfiture.  And the statistical report reveals the church's self-reported worst increase in membership since 1946.

But, of course, there was more to it than that.  Many speakers covered many topics and shared many nuggets of false wisdom.  The texts of these talks aren't available on LDS.org just yet, which accounts for why I'm a little late this time and why some of my quotes aren't perfectly...you know...quoted.


Wise parents recognize [that a 24-hour fast may be difficult for their children] and so are careful to follow the counsel of Joseph F. Smith:  "Better to teach them the principle and let them observe it when they are old enough to choose it intelligently."

I like how Eyring and Smith think that it's a simple matter to "intelligently" choose to follow a principle you've grown up hearing about from your parents.  If we really cared about equipping our children to make choices, we wouldn't fill their heads with things they can't understand at such a young age.  We'd introduce the principle to them when they're old enough to choose it intelligently.

Pure love presupposes that only after a pledge of eternal fidelity, a legal and lawful ceremony, and ideally after sealing in the temple are those procreative powers released in God's eyes for the full expression of love.

I don't understand how a pledge of eternal fidelity is somehow more binding than a pledge of a lifetime of fidelity.  People in temple marriages and non-temple marriages alike are guilty of infidelity.  Pledging your eternal devotion in a sealing ordinance is clearly not a foolproof way of preserving love and maintaining loyalty.  Any promise can be broken, whether it's an eternal promise or not.

And I find Packer's obsession with "legal and lawful" marriages a little baffling, too.  Does God really give a crap if the marriage is legal?  Isn't his law higher than man's law?  It should only matter to him that it involved a correct sealing ordinance.  The government's classification of a marriage shouldn't affect its legitimacy in his eyes.

I am convinced that a husband is never more attractive to his wife than when he is serving in his God-given roles as a worthy priesthood holder, most importantly in the home.

You heard it here first:  the priesthood is sexy.

I mean, I've heard that fatherhood is attractive and that many wives love the way their husbands care for their children and stuff, but apparently calling on someone to give an opening prayer in Family Home Evening is a real panty-dropper.

Also, why is the token female speaker giving her address about why men are so awesome?


In an age dominated by the internet, which magnifies messages that menace faith, we must increase our exposure to spiritual truth in order to strengthen our faith and stay rooted in the gospel.

What bothered me the most about this quote was the delivery and the word choice.  The alliteration felt forced and Oaks's tone made it sound like he wanted this to be the most quotable line of his speech.  He wanted this to be the takeaway, the soundbite, the calligraphy on top of the motivational images shared on Facebook.  If you remember nothing else about Oaks's talk, you'll remember that the internet is bad.

Another potential destroyer of spiritual roots accelerated by current technology, but not unique to it, is the keyhole view of the gospel or the church.  This limited view focuses on a particular doctrine or practice or perceived deficiency in a leader, and ignores the grand panorama of the gospel plan and the personal and communal fruits of its harvest.

Yep.  The CES Letter definitely espouses a keyhole view of the gospel.

Oaks implies here that there are only a few false doctrines and corrupt practices and deficient leaders, but in reality the church is positively sclerotic under the strain of these problems.  Those who ignore Oaks's "grand panorama" aren't looking through a keyhole—they're staring through a gaping cavity so large that there's hardly any panorama left.

Those who believe in what has been called the theology of prosperity are suffering from the deceitfulness of riches.  The possession of wealth or significant income is not a mark of heavenly favor and their absence is not evidence of heavenly disfavor."

Today I learned that Dallin H. Oaks has never read the Book of Mormon.

But Oaks disagrees with, you know, the word of God.  So there's that.


The decision to believe is the most important choice we ever make.  It shapes all our other decisions.

Belief is a decision?  Maybe for some.  But Clay is also pointing out how much of an effect our beliefs have on everything we do.  You'd think the church would be a little more responsible when it comes to indoctrination of children so that children actually can choose to believe and are permitted to shape all their decisions with their personal convictions instead of with the borrowed creeds hammered into them since infancy.


No one has ever come up with a more efficient way to raise the next generation than a household of married parents with children.

But I refute the premise of the statement anyway.  Define "efficient."  Show me quantifiable evidence that your beloved nuclear families are objectively better at raising children than any other arrangement.  Perry could be right.  But he has nothing to back up his claim other than his dogged obsession with perfect family structure.  So he just looks like a cranky old man who can't adjust to a changing world.


...the solid majority of mankind still believes that marriage should be between one man and one woman.

But you don't.  At least, you're not supposed to.  It must take either a special level of amorality or an impressive talent for doublethink for a Mormon apostle to defend marriage between one man and one woman from the pulpit.  Your church is known for its polygamy.  Lots of people think it's still a thing.  You don't think anyone's going to raise an eyebrow when you act like it's not still canonized in your scriptures?


Godly fear is loving and trusting in Him.  As we fear God more completely, we love him more perfectly.  And perfect love casteth out all fear.

Bednar's talk was easily the most convoluted stupidity I've heard in a long time.  The above quote is the pinnacle of this lunacy.  The basic point of his address was to tell us that we shouldn't have any fear because God can give us peace.  Except that we should fear God.  But when he says fear, he doesn't really mean fear, because that sounds bad, so he redefines the word fear to mean something that's not fear.  Except that it is fear.  But it's godly fear, so it's okay.  Because when we fear him, we love him, and loving him means we don't fear him.  Of course, if we don't fear him anymore then we're not loving him more perfectly, which is bad, so we should fear him even though doing so will cast out our fear of him.


I shared with my mission president my desire to correct this misunderstanding.  His response was, "Heavenly Father knows this young man is a successful missionary, and so do I."  He added, "And now you know too.  So who else really matters?"

The story here is that Ringwood was paired with a missionary who was known across the mission for being ineffective, but Ringwood discovered that this young man was actually exceptionally diligent and hardworking.  He wanted to try to repair his companion's reputation, but his mission president talked him out of it.  This experience is intended to illustrate that service should not be done to garner titles or accolades or prestige, but instead, it makes this mission president look callous and unappreciative.

Who else really matters?  Um, to that poor missionary, probably everybody.  All Ringwood needs to do is tell the truth about his experience and he can help the guy out.  His companion could shake off the poor reputation and stop being the laughingstock of the mission.  With that kind of a reputation, it's very likely that the missionary felt like a failure since everyone around him seemed to think he was.  What kind of wonders could it have worked for that young man's morale if the mission president had encouraged Ringwood to dispel the false rumors?


Some have asserted that more members are leaving the church today and that there is more doubt and unbelief than in the past.  This is simply not true.  The Church of Jesus Christ of Latter-Day Saints has never been stronger.  The number of members removing their names from the records of the church has always been very small and is significantly less in recent years than in the past. 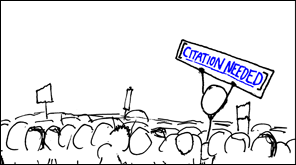 What we need now is the greatest generation of young adults in the history of the church.

Referencing his seminal talk about "raising the bar" for missionaries from more than a decade ago, Ballard effectively raises the bar for a whole generation.  But if he needs the greatest generation of young adults in the history of the church, why isn't he saying this in the general session?  His message is only getting out to half of his intended audience.  Somebody didn't think this through.


I know a very faithful young deacon who became a modern Captain Moroni...He told me one day that he was surprised by a very difficult and embarrassing situation.  His friends were accessing pornographic images on their cell phones.  In that exact moment, he had to decide what was more important—his popularity or his righteousness.  Immediately filled with courage, he told his friends that what they were doing was wrong.  He said they should stop doing it or they would become slaves to it.

Also, pornography is not heroin.  You can get addicted to it, but odds are that his friends would not have become "slaves" to it as he so gravely predicted.

And, most importantly, this kid, though filled with a misled sense courage, was not a modern Captain Moroni.  A modern Captain Moroni would have tackled one of his friends, wrapped his hands around his throat, and squeezed until every last one of the boys swore to never access pornographic images again so that he didn't kill them all.


[The people I taught on my mission] received us very well.  But they liked to debate the scriptures and asked us for concrete evidence regarding the truthfulness of our teachings.  I recall that each time we set out to try to prove something to people, the spirit of God left and we felt lost and confused.

Maybe that's because you were starting to understand that you had no concrete evidence, only your feelings and convictions?  Maybe you were uncomfortable trying to compete in an arena for which you'd never been prepared?  Maybe you felt lost and confused because the people you were debating with were making lots of good points that you didn't have an acceptable response to?

Unfortunately, what he learned from this experience is that bearing testimony and sticking to the "truths" of the gospel is much more powerful.  Like many faithful Mormons, when confronted with troubling questions or areas in which he was uncomfortable with his lack of knowledge, he falls back on his testimony, and uses it as a toothless trump card in a debate.  I'd wager that this strategy only served to make him feel better and probably didn't result in an abundance of converts.
Posted by Alex at 3:19 PM